Remove the bulky and heavy exhaust servo motor when replacing the end-can or the full exhaust system. Plus, it will get rid of the FI light coming up when disconnecting the servo motor. Get the job done right with the help of the tiny, but mighty ESE!

Get rid of the bulky and heavy exhaust servo motor and the annoying FI light with the tiny Exhaust Servo Eliminator!

Remove the bulky and heavy exhaust servo motor when replacing the end-can or the full exhaust system. Plus, it will get rid of the FI light coming up when disconnecting the servo motor. Get the job done right with the help of the tiny, but mighty ESE! 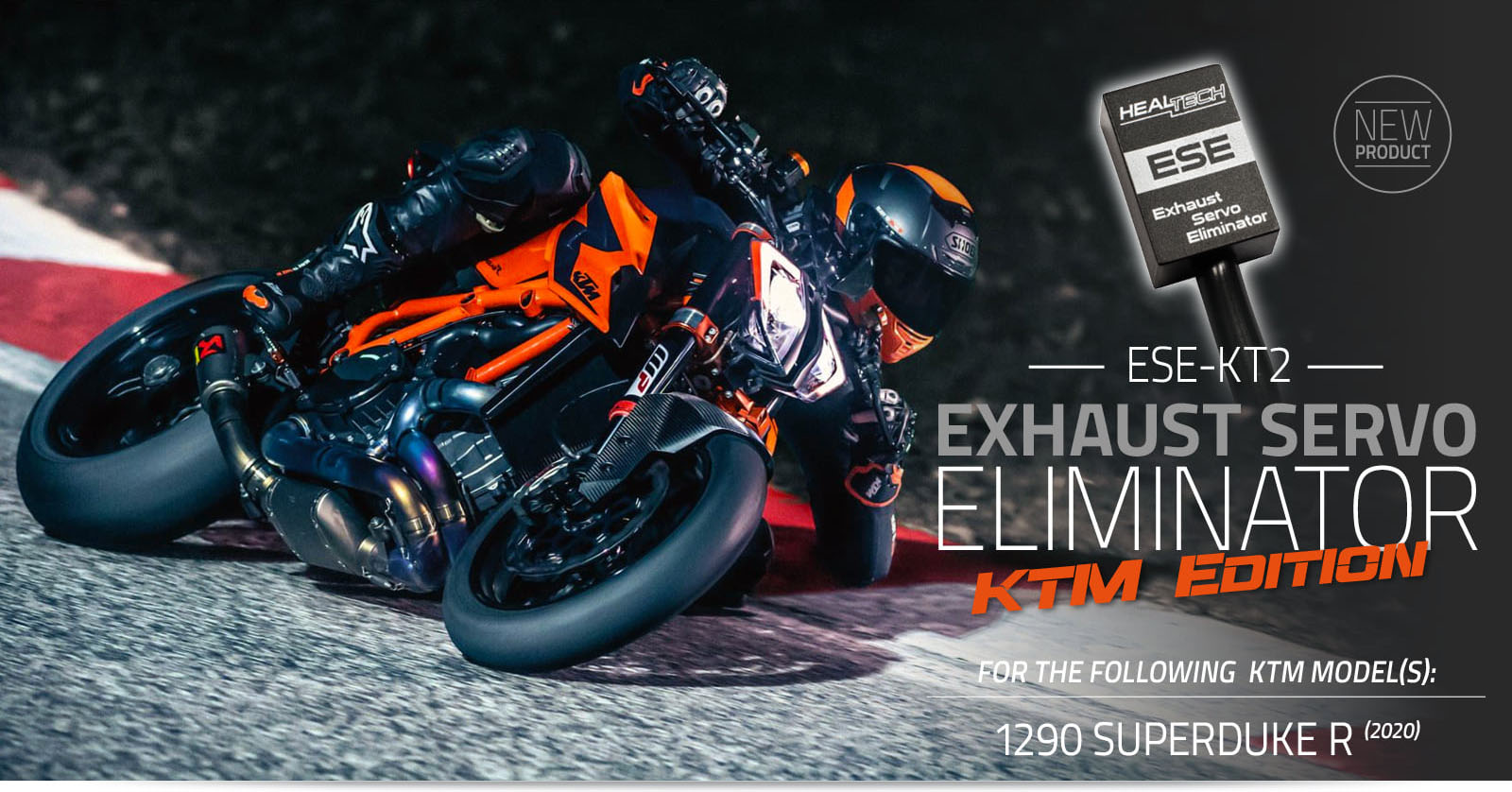 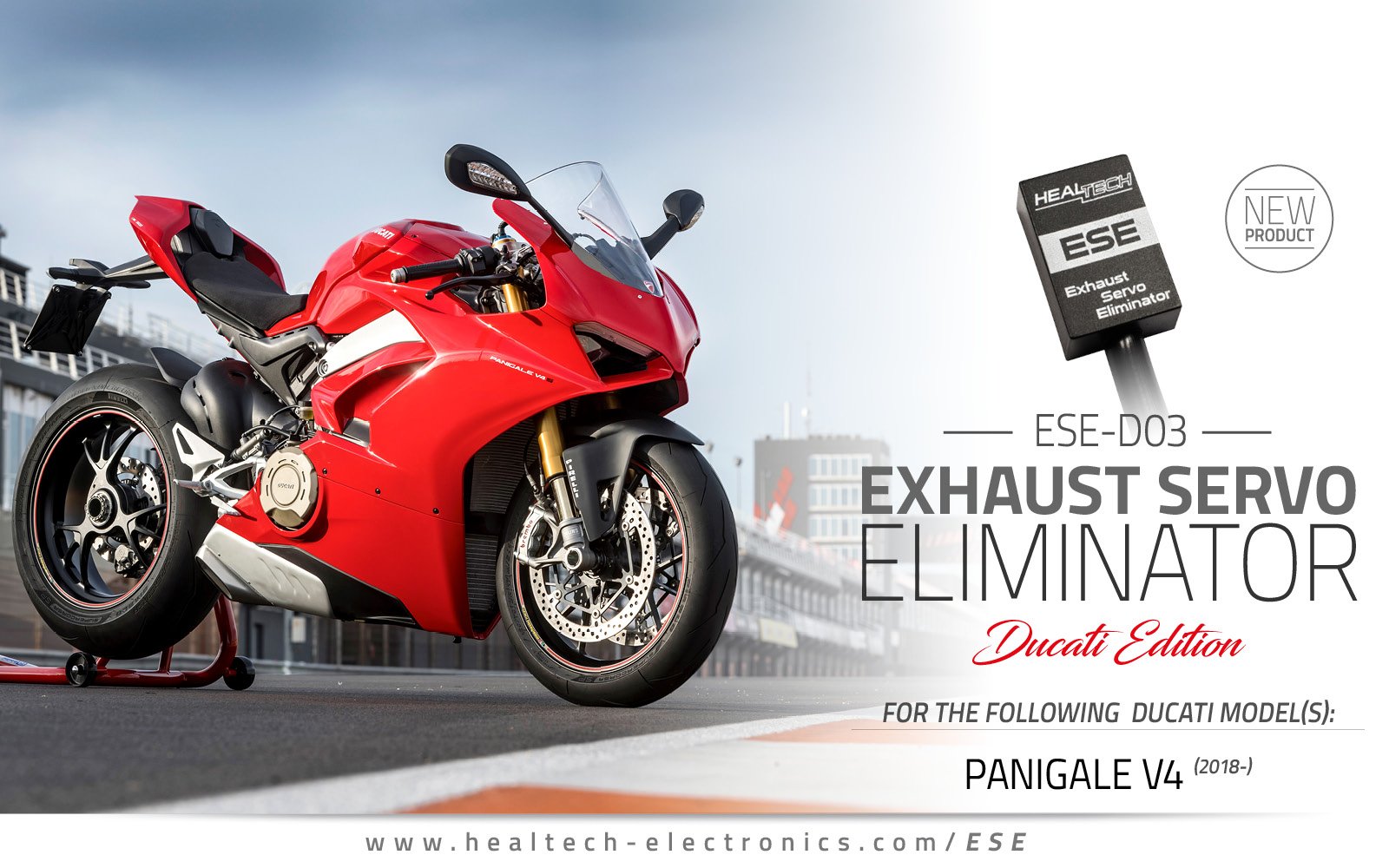 OEM exhaust cans and systems won’t win a beauty contest these days (and rarely did they in the past), they weigh a lot more than the aftermarket counterparts, sound crap and you never reach the bike’s full potential with them. Whatever is the reason to change your end-can or the whole system, removing the exhaust valve will leave you with the dreaded FI light. Install the ESE to take care of that so that the FI light will come on only when it has to – when there’s trouble with the engine.

Regain useful space while shedding weight
This tiny little fella will eliminate the bulky, heavy and space-wasting OEM servo motor with the operating cables and wiring, which can save up to 1 kg and frees up a lot of under-seat storage. Also, you may now get rid of the exhaust valve too by replacing the exhaust system.

Awesome Tech
Built-in microprocessor ensures optimal function and offers great compatibility. If your bike is equipped with an exhaust servo, you’ll need an ESE module – either if you replace the exhaust system or add a fuel controller module (or both).

Plug ‘n Go install
All ESE models are Plug ‘n Go, installation is a breeze. Just locate the exhaust servo motor under the rider/passenger seat, disconnect the plugs, plug in the ESE to the OEM connector and that’s it, you’re ready for the ride!

What’s an Exhaust Servo & EXUP valve?
For the last two decades, bikes have been equipped with an exhaust flap valve (also called an EXUP valve) to improve low down torque with the hindering of the flow of escaping gasses creating back pressure in the exhaust system. As the revs rise and the more you open the throttle, this valve opens more and more so the gasses can leave unblocked. This valve and its housing is welded after the header’s downpipes right before the collector pipe and/or the collector chamber/catalytic converter so removing this alone from the factory system is not worth the time, the money and the effort itself since the OEM system in the most cases is still low quality and heavy as hell. Of course, titanium OEM systems exist but finding an exhaust shop with titanium welding capabilities isn’t easy and will cost you an arm and a leg in labour to remove the exhaust valve from the system. So it’s easier and gives a much better result to opt for an aftermarket end-can or whole system. Either way you take, you will need an Exhaust Servo Eliminator to complete the job properly!

There are no reviews yet.